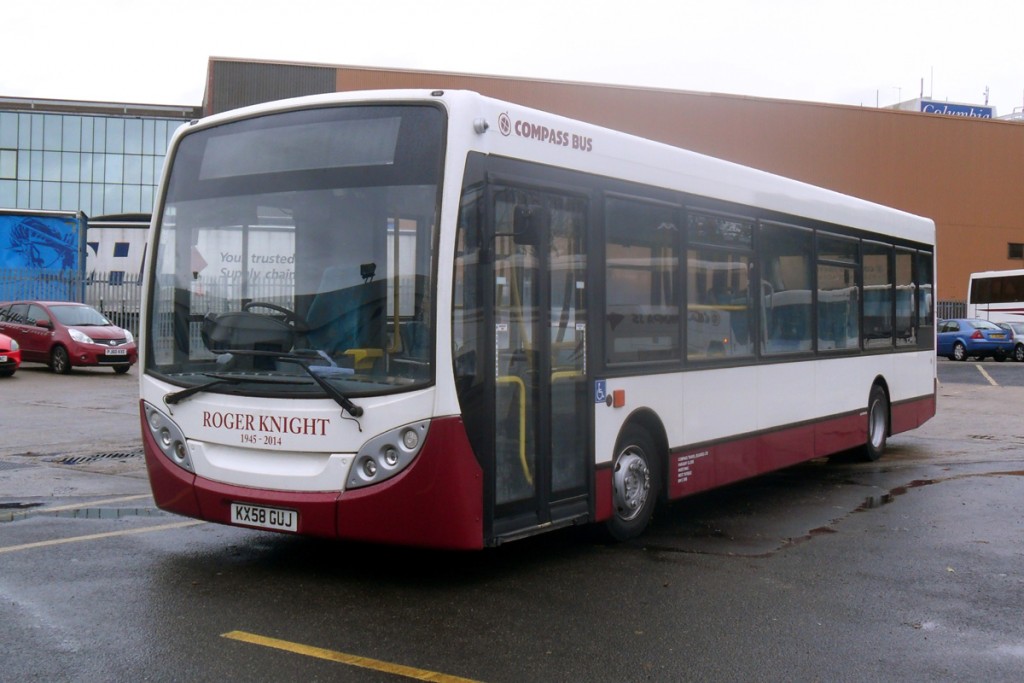 Alexander Dennis Enviro 200 – SFD361AR28GY10771 – Alexander Dennis – 7242/2 – B37F
Supplied new to National Express Ltd (fleet no 8561) to work car park shuttles at Stansted Airport by Dawsonrentals in September 2008.
Returned to Dawsonrentals in June 2014.
Arrived with Compass Travel on the 29th October 2014 and named “Roger Knight” in memory of a longstanding member of the Compass team who passed away in September 2014.
Pictured above in the Durrington yard on the 12th of December 2014.