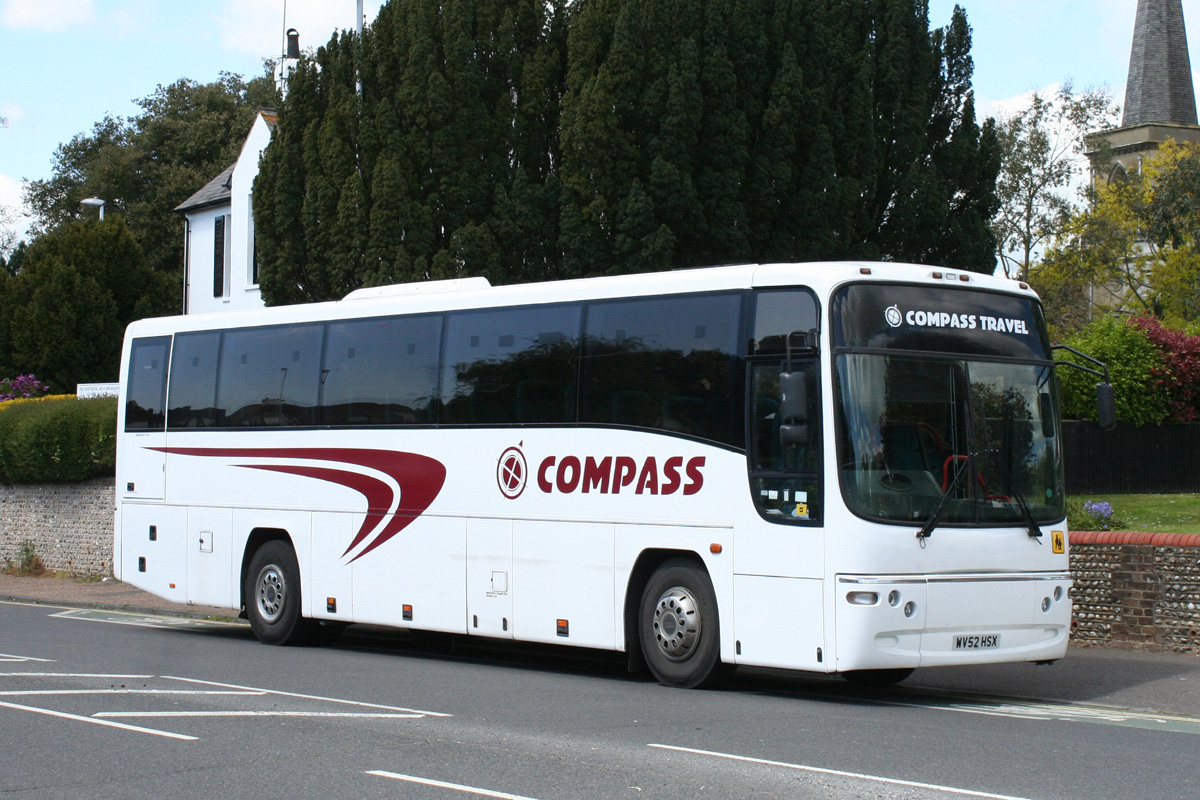 New to First Southern National Taunton Somerset (6309) in October 2002 for National Express routes, transferred to First Coaches Ltd Bristol in January 2004 and renumbered 20524 in the national numbering scheme later in the month.
Moved to First Devon & Cornwall Plymouth in January 2005 and back to First Coaches in July 2009.
Sold to MCT Group Travel Motherwell Scotland in March 2010 and reregistered M10MCT in April 2010 and back to WV52HSX in July 2013.
Operated by Snowdons Coaches Easington Colliery in July 2013.
Sold to Gibson Direct Renfrew Scotland in August 2013.
Purchased by Compass Travel from Volvo Scotland on the 21st of October 2014.

Seen above waiting near Goring church on the 12th May 2015